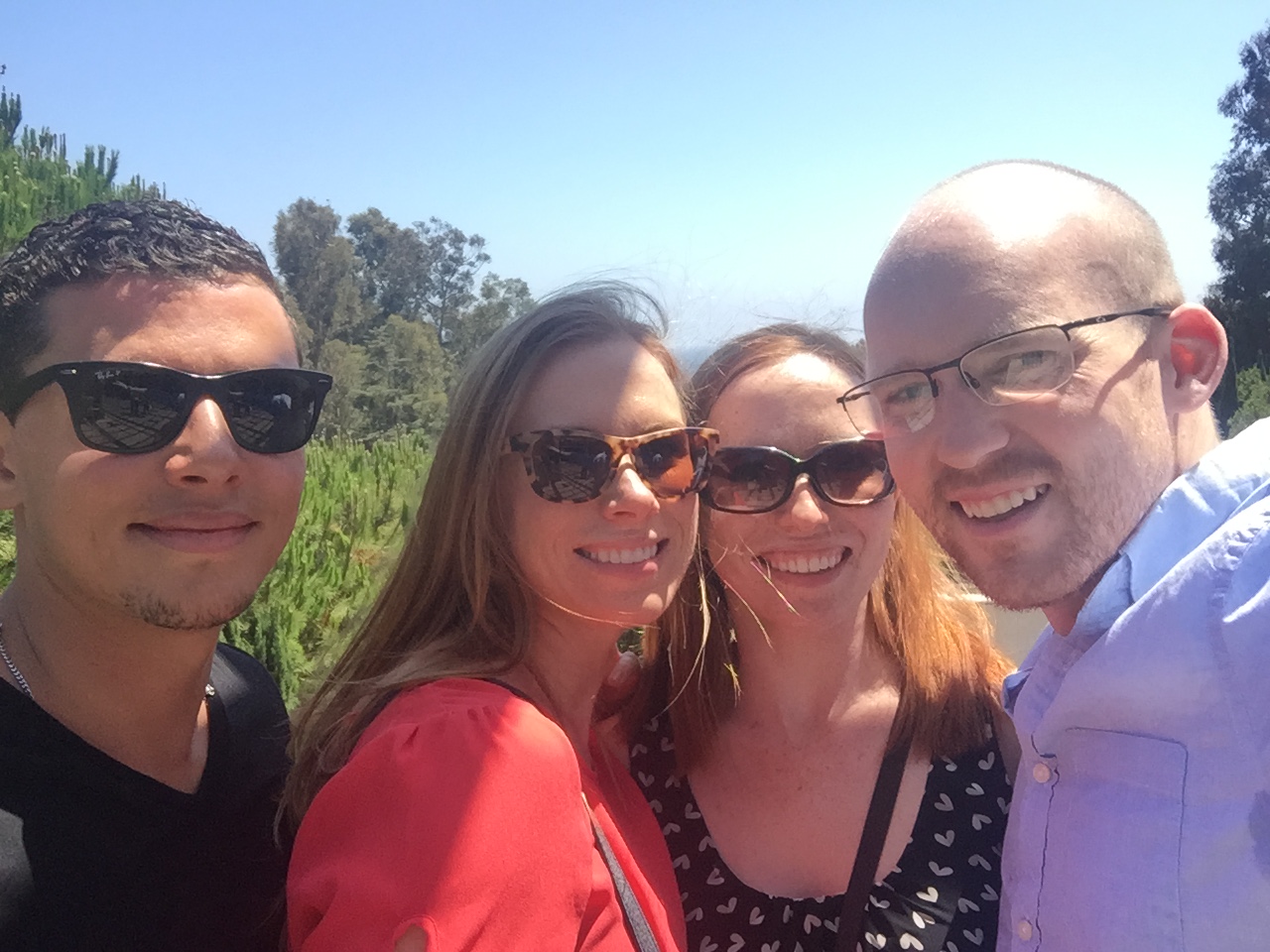 If you haven’t yet, check out Part I of my overview of our time spent in Los Angeles, California.

Car Troubles, or “Dippin’ through hoods. What hoods? Compton, Longbeach, Inglewood.”
It seems like Emily and I can’t visit a place without having a little Type II fun. Our good friends Nick and Natasha flew down from Sacramento to spend the weekend with us in LA. On our way to the Los Angeles County Museum of Art (LACMA), I noticed that the engine thermometer was maxed out and well into the red. Then the AC stopped working. Of course this had to happen on a packed LA highway. I don’t know a lot about cars, but I do know that when a needle is pointing to the red part of a gauge, it’s probably not ideal.

I immediately pulled over at the next exit and limped into a gas station. Turns out, the exit dropped us off right into Inglewood. I was a little on edge in the area, not because of anything I saw or felt, but because I think Dr. Dre mentions Inglewood (along with Compton) in his hit song “The Next Episode.” (Ok, ok, saying “I think Dr. Dre mentions it” is a misnomer. I know that song by heart.) Generally, neighborhoods mentioned in gangsta rap songs are places I’d like to avoid.

I popped the hood and while the engine wasn’t smoking, it was certainly steaming. The reserve tank for the radiator fluid was full and that’s about as much as I knew to look for. I called Kaiser, a man equally handy with a wrench as he is with a computer, and asked him to help trouble shoot the problem. Even though he doesn’t regularly work on Hondas and he was going off of very limited information, he correctly diagnosed the thermostat as being the issue. He assured me swapping it out would take no time at all and would be something I could handle on my own. I appreciated the vote of confidence, but given we needed to drive another few thousand miles in this car, Emily and I decided we better take it to a professional.

We lucked out and had a mechanic right across the street. The kind folks at the shop were set to close about an hour after we rolled in, but they stayed late to fix the car. $200 later, we had a new thermostat, fan, and water pump and we were back on the road. Thank goodness LACMA stays open late on the weekends.

All things being equal, the car breaking down was a bummer, but it could have been much worse. I’m glad the car broke down in the middle of a city, and not in the middle of the desert. The next leg of our journey takes us on some desolate desert highways and we would have been in a real pickle had the car died on us hundreds of miles away from civilization. Plus, I now have a personal connection with Inglewood, which gives me even more street cred.

Riot Games HQ
If you’re a gamer, you know who Riot Games is, and you know that they make the most popular video game in the world right now, League of Legends. Thiago works for Riot in their marketing department and was kind enough to take us on a tour of the Riot campus. This place is huge. I lost count of the number of buildings, but I do know that there are over 1700 people working on the campus. As a point of reference, the year I graduated, my high school had around 1200 students total.

Getting onto campus required security screening, and the signing of an NDA (non-disclosure agreement). Emily and Cory nonchalantly signed theirs, but I was unable to resist the overwhelming lawyerly urge to read mine. Accordingly, I can’t share too much of what I saw, but I can say that the food in the cafeteria was gourmet and delicious. Riot seems like a fantastic place to work (I know Thiago loves his job) and if I wasn’t  so averse to leaving Montana permanently, I just might try and sneak in a resume for an in-house counsel position at Riot.

LACMA
The Los Angeles County Museum of Art sits right across from the La Brea Tar Pits and houses a collection of over 130k pieces of art from antiquity to the present. We spent most of our time in the more modern section and got to see pieces from Andy Warhol, Jackson Pollock, Picasso, and René Magritte. My favorite piece was easily “The Treachery of Images” by Magritte. Emily quite enjoyed “Metropolis II” by Chris Burden. I’ll admit, I didn’t “get” a good amount of the art, but I did enjoy my time at LACMA. Basic entry to LACMA costs $15, and parking is another $15.

Places to Eat
Because we saved so much on lodging by staying with Cory and Thiago, our budget allowed us to eat out frequently. Maybe a little too frequently. The following are some of my favorite places we tried:

Closing thoughts
LA is huge. As the second largest city in the US, the urban sprawl never seems to end. LA definitely has some quirks, (like the Acupuncture for Dogs clinic I saw in Santa Monica, or the Male Strip Club that also serves breakfast in South Central), but I thoroughly enjoyed my time here, in large part thanks to Cory and Thiago’s generosity. We also want to thank Nick and Natasha for flying down to see us, and letting us crash in Natasha’s dad’s house. We couldn’t do this trip if it weren’t for the generosity of many of our friends. Emily and I are off to South Texas next to visit my family. We’ve got three solid days of driving through Arizona, New Mexico, and Texas. After that, our international journey begins and we’re off to the Yucatan Peninsula in Mexico!