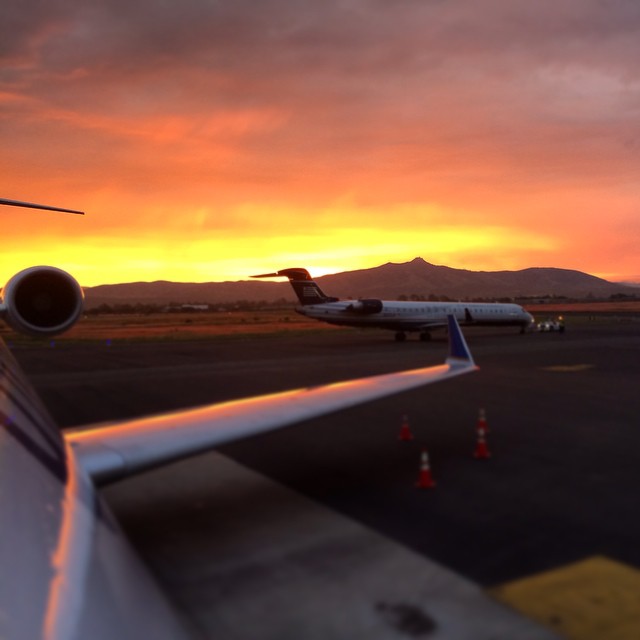 If you want to travel and see the world, but you don’t want to do something as rash as leaving your home and traveling for nine months straight, becoming a flight attendant may be the answer. Although there are several fields that allow you to travel, in my opinion, one of the best is being a flight attendant. My mother was a flight attendant for a few years in the sixties, and her stories inspired my sister and I to take an interest in the airlines as well. Although I didn’t follow through with this dream, my sister did. Cory has been working as a flight attendant at a regional airline for over ten years. She knows the ins and outs of this career, including the perks and struggles of the job.

When I first told Cory that Peter and I were quitting our jobs to travel the world for nine months, she thought (and probably still thinks) that traveling that long term sounds pretty miserable. However, as a flight attendant who can fly anywhere in the world for free, she typically takes trips to new countries two to three times per year. Since she can fulfill her wanderlust on a regular basis and doesn’t have to take drastic steps to see the world, my plan didn’t make a lot of sense to her. If you prefer Cory’s way of exploring the world and her lifestyle sounds like something you’d be interested in, read my interview with her below:

What are the perks of being a flight attendant?

Cory: Flying for free or at discounted rates is the most obvious perk. My schedule is also incredibly flexible. I can work anywhere from four days a month up to a full-time regular schedule. I could take a week off to go on vacation every month if I wanted while still being considered working full time, because I can arrange my schedule the way I want: work more days in a row and then have several off. 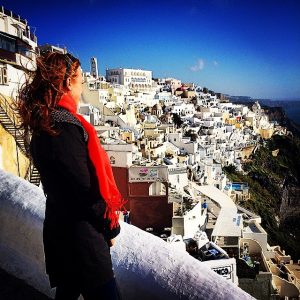 Cory in Greece with friends who are also flight attendants

Do your family and friends have to pay for flights?

Cory: My parents don’t have to and I get buddy passes, but the buddy passes aren’t a very good deal. I also get a designated companion or a spouse that flies for free as well as my children, if I had any kids. It’s important to keep in mind that we fly standby though, which means we can only get on if there are seats that haven’t been sold, which can be very stressful. Typically, we don’t get too attached to going to specific places on a specific date. Instead, we have a range of dates and choose a bunch of different places we want to go, and then we go wherever the flight is open.

Cory: I usually fly between one to five flights per day, but typically the average is three. I go everywhere in the United States, Canada, and Mexico. I usually work four to five days a week. Because I’m fairly senior at my company, I usually do a couple two-day trips and one local, which means I go and come back in the same day. Either that or I’ll do a three-day trip and a two-day trip. We have anywhere from locals to four-day trips, in which you leave on the first day and you don’t end and get to go back home until the fourth day. You stay the night in other cities. I try to avoid four-day trips because I like to sleep at home. I don’t mind being gone one night, but I typically like to be home every other night. Staying in hotel rooms gets really old.

As for the job itself, most of my training consists of medical training and federal regulations. The smallest part of my job is serving. The largest part is being aware of security and safety regulations and general people management. 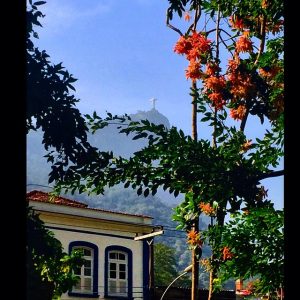 Her visit to Rio de Janeiro, looking up at Christ the Redeemer

How does your schedule work?

Cory: We have a computer system where a program pre-creates all the trips from 1-4 days and puts them in for everyone to see. We use the program to bid for the trips that we want and then, based on seniority, they’re awarded to us. Since I have been flying just over 10 and a half years, I’m in the top 25% based on seniority in my airline hub.

Cory: I get up very early in the morning frequently. I have extremely varied hours. I often get up at 3:30 in the morning with my current schedule, and then the next day I might work until almost midnight, so that’s pretty challenging. When there are delays and cancellations, it can make my day really long and stressful. We only get paid for “flight time”, which is when the aircraft door is closed. That means I don’t get paid for a lot of the time I’m at work. They do pay me an hourly per diem though, which is meant to cover my food while I’m away. 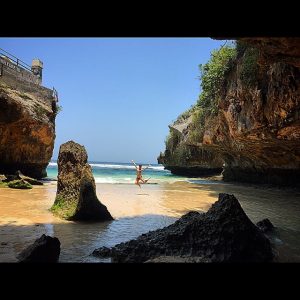 Having fun on a Bali beach

What kind of person do you think would be a good fit for this job?

Cory: You definitely have to be outgoing and personable; I would say assertive. It’s good for somebody who gets along with all different kinds of people. You have to be someone who is flexible. You should be willing to relocate to an airline hub [in major cities across the country]. You can commute, but it’s challenging. A lot of people do it, but it makes for a much more challenging job. If you commute, you are responsible for getting yourself to and from your airline base city that you fly out of every trip/week. Since you fly standby as a passenger, it can be very challenging to get to your base city when flights are full.

What’s the difference between working for a regional airline and larger airline company?

Cory: Our regional airline contracts with the major carriers and does specific flights that those carriers pay us to work. The benefits for working for a regional carrier are that you can typically move up the seniority list a lot faster. It takes a lot longer to move up the seniority list in a larger carrier. For example, at ten and a half years, I have weekends and holidays off, whereas I don’t believe I would at a major carrier. Also, since we fly for many major carriers, I have flight benefits on all of them instead of just one airline. However, the drawback is that I typically fly at a lower priority than I would if I actually worked directly for that airline.

Are any airlines hiring?

What is your favorite place you’ve been?

Cory: It’s impossible for me to choose just one favorite place. There are so many cool places in the world. For work, some of my favorite overnights are Guanajuato, Mexico and Monterey, California. For personal travel, it’s hard to choose because they all have individual things about them that make them special. I really liked Italy in general, especially Rome for all the ruins. I like Rio de Janeiro, Brazil because it’s a city in the jungle on the beach with mountains. Tokyo has such a unique culture. Greece was beautiful, and Spain was really cool too! 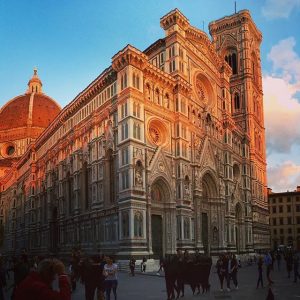 Her recent trip to Venice, Italy

That was it for Cory’s and my interview. It appears the travel bug has bitten most of my family; we just pick different ways to express it. I personally have played with the idea of being a flight attendant, but I can’t permanently leave Montana for the big city, and the idea of commuting sounds too stressful to me. I also get a little motion sick every time I fly, although Cory tells me this goes away with experience. However, if you think you fit the job description, and you can relocate or you’re willing to commute, I hope you consider this career path as a means to travel!

One thought on “An Interview with a Flight Attendant: A Job and Travel Lifestyle”