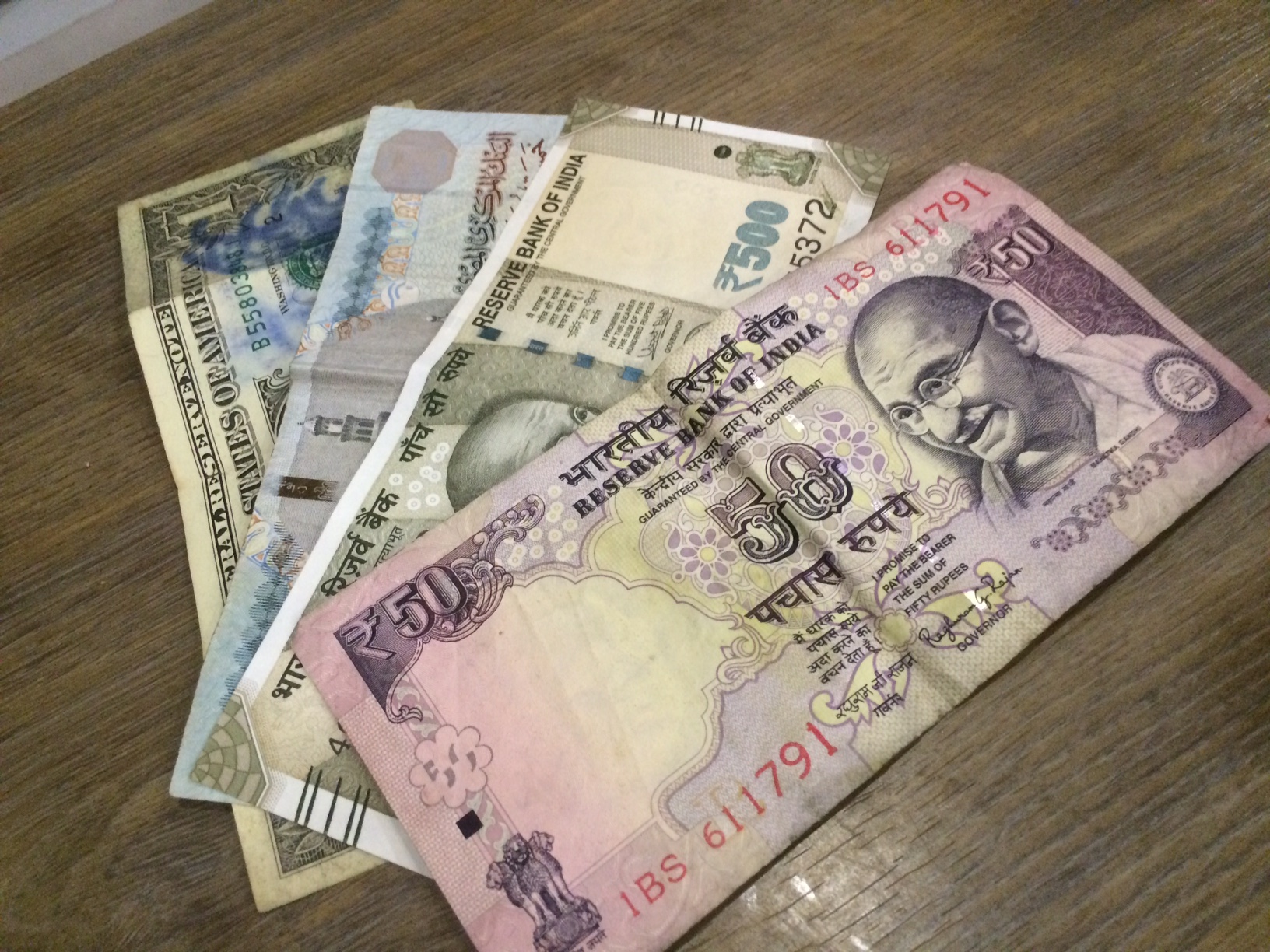 Apart from Emily’s Peruvian hospital adventure (read all about it here), and a few near-missed flights, the only other real problem we’ve run into on the road is people scamming (or trying) to scam us. Travel scams are ubiquitous the world over. Nearly everywhere we’ve gone, we’ve run into folks trying to swindle, scam, or otherwise cheat us. Some have been slicker than others, but for the most part we’ve avoided parting with a ton of cash as a result of scammers. Find my favorite and the most clever scams below:

The “Friendly Local,” as seen in C. And S. America

In Central America we found a few “friendly locals” that approached us under the guise of practicing their English, and/or showing us their favorite restaurant/bar/eatery. The friendly local will greet you, and attempt to gain your trust. Then, they take you to a bar or restaurant and you end up not only buying them their meal/drinks, but the restaurant will pay the local a commission- an amount that gets added directly to your bill. We’ve had a handful of locals be overly friendly and invite us to their favorite place, a proposition we’ve politely declined. The further south in the Americas we traveled, the less we saw it. We ran into it a few times in Turkey and Egypt as well. Remember, anyone that approaches you on the street and seems too friendly, should heighten your suspicions about them.

The “Shortchange” as seen in C. And S. America

Cash is king in basically every developing country. I recently heard that 97% of all transaction in India are made with cash. Many places that do accept credit/debit cards will tack on an extra 5%-10% for using the card. Accordingly, Emily and I make frequent cash transactions. Twice in Central/South America, we’ve had less than scrupulous locals attempt to give us less change than we were owed. In one case, Emily paid an entrance fee to a small tourist site with a 50. The change should have been 40. Emily received 20 back. My wife has never been one to hold her tongue when it comes to an injustice and quickly informed Mr. Shortchange of his “error.” He slyly smiled and said “my mistake.” Always count your change before walking away, and count it in front of the person who gave you the change.

The “Fleeing Taxi” as seen in Peru

Though similar to the “Shortchange,” this scam requires a more daring and brazen swindler. Whenever a taxi isn’t “metered,” you should always negotiate a price before hopping in. Our first morning in Peru, we arrived at the Lima Airport at 5AM, and found ourselves successfully scammed by 7AM. I wrote about the event in detail here, but essentially, the “Fleeing Taxi” consists of a taxi driver shortchanging you, and then booking it before you can count the change, let alone protest. Since then, we’ve carried smaller bills when we’re going to have to get a ride, and paid our taxis while still seated in the back of their car. Additionally, we’ve been using Uber as often as we can, though it can be hard when we don’t have reliable wifi.

The “Gringo Tax” as seen in Mexico

I wrote briefly about this in my article on Cancun, and so far, we’ve only experienced it in Cancun- though the Egyptians would often joke with us that we were getting the “local” price and not the “tourist” price. The Gringo tax consists of a restaurant sneakily charging a tourist (read: gringo) more than the price advertised on a menu. In our case, Emily and I ordered some food at Mercado 28. The total should have been about $7USD. Strangely, the prices of our drinks doubled somewhere between the menu and bill. If this happens to you, speak up and ask to see the menu again.

The Credit Card Skimmer, as seen in Peru

If you’ve been following the blog, you know that both Emily and I had our debit card information stolen in Peru. The thieves were able to fraudulently withdraw $500 from our account via Emily’s card before the bank shut it down. The bank was tipped off to the fraudulent charges when Emily’s card was being used in both Lima and Cusco in the same hour. Our bank (Charles Schwab) refunded the money entirely. Let me take this opportunity to plug the Charles Schwab card we’re using. We spoke to several bank employees, including one from the fraud investigation department, who informed us that card skimmers are ubiquitous in Peru. A week after Emily’s card was skimmed, mine was as well, at a different ATM in Lima. The thieves were unable to get any money from my account though.

I explained what a card skimmer is in my review article on Peru. Briefly, a card skimmer acts as a secondary card reader that a scammer surreptitiously places in or on a legitimate card reader (like at an ATM or gas pump). The skimmer then transmits the debit card information to the scammer. They are often used with a keypad overlay or camera to also steal PINs. To avoid getting your card skimmed, stick solely to ATMs inside banks with security guards out front. Be sure to also look for any signs of tampering before sliding your card in.

The Dropped Shoe Brush, as seen in Istanbul, Turkey

I nearly fell for this one. While walking through a touristy area, a shoe shine man will drop his brush and continue walking, as if he is unaware that he has dropped the tool of his trade. A good Samaritan will grab the brush and return it. The shoe shine man will express deep gratitude and offer to shine the good Samaritan’s shoes. If all goes according to plan, the unsuspecting Samaritan will accept and when the shoe shine is over, the shiner will demand an exorbitant amount. When the brush was dropped in front of me, my hand was already on it, when my friend Patrick whispered sternly, “DON’T.” Too late. I had grabbed the brushed and returned it to the charlatan preying on the good intentions of tourists. He started to thank me and I swiftly brushed him away, briskly walking in the opposite direction.

Should you find yourself witnessing the unmistakable sound of wooden shoe brush smacking concrete, think twice before indulging your philanthropic urges.

The “Befuddled Taxi,” as seen in Luxor, Egypt

Noticing a pattern with Taxis yet? So many scams revolve around taxis, which is unfortunate, given the number of great conversations I’ve had with so many of them. We experienced this latest taxi scam in Luxor, Egypt. After landing in Luxor, we hailed a cab to take us to our hotel. The cab driver spoke excellent English, and I showed him the hotel address in English, and in Arabic. We haggled a bit on price (a favorite activity of mine), and agreed on 75 Egyptian pounds. We hopped in the car and the driver immediately begins bombarding us with tales of his trustworthiness, even going so far as to produce a “guestbook” with English reviews- all of them absolutely glowing. Anytime a speaker professes themselves as having a specific character attribute, the listener should be skeptical.

After 30 minutes of our driver pitching himself, he announced we’d arrived. But we certainly had not arrived at our hotel. I informed him of this fact. He insisted we were at the right place. I pulled up my phone again and showed him the address. Our driver then put on the performance of a lifetime, claiming confusion and ignorance. If we wanted to get to our actual hotel, it would be an additional 200 pounds. We had a curt discussion about fraudulent misrepresentations in contract formation that led to us exiting the cab. We paid him less than the agreed amount and found a different (and much more honest) cab.

The befuddled taxi can be tough to avoid, but having a GPS app (like Google Maps or Maps.me) open on your phone during cab rides might help in nipping this scam in the bud.

The general rule to remember is this: if something “feels” off, it probably is. The vast majority of our travel experiences have been exceedingly positive. Emily and I are having the time of our lives, but any adventure will have its drawbacks. Given the length of time spent travelling, we are bound to run into a few thieves and scam artists. Despite this, we both agree that this world tour has been worth every inconvenience. These little scams and setbacks have made us smarter, more cautious, and harder targets to scam in the future.

2 thoughts on “SCAMMED: Cautionary Tales from the Road”