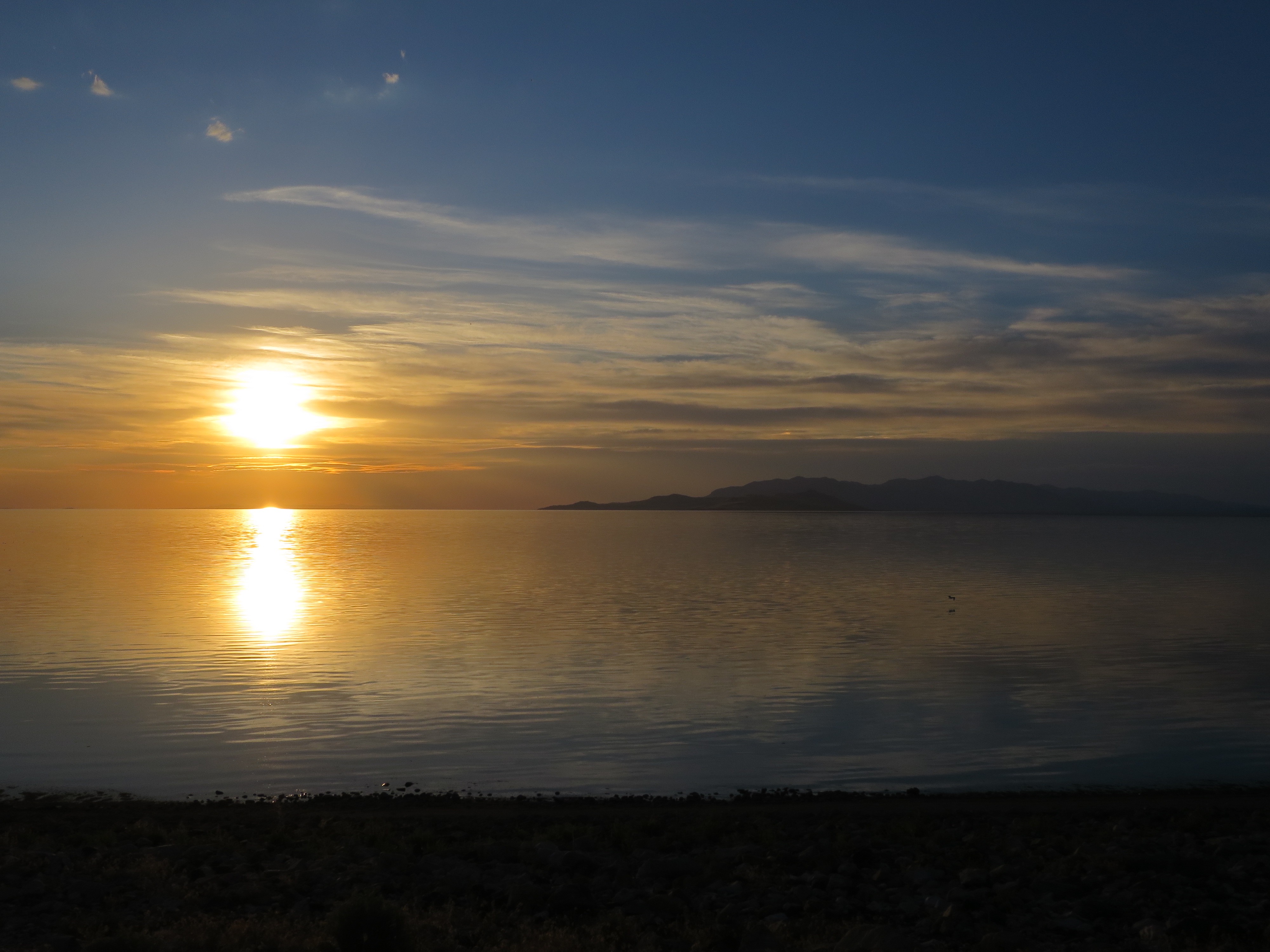 We’re finally off on our big trip and we’ve already had plenty of Type II fun. Emily and I were up early last Tuesday morning, finishing packing, and saying goodbye to our loved ones (mostly our dog magwell).

The original plan was to drive south until we hit Salt Lake City, UT, stop for dinner at the Takashi sushi restaurant, and then head to a nearby campground for the night.

Instead, I decided that deviating from the plan for a little side trip to see the Great Salt Lake would be worth it. We seemed to be making good time, and we figured we’d trade our expensive dinner at Takashi for the experience of seeing the Great Salt Lake. This was a mistake.

Getting into SLC, the interstate turns into a circus and Utah drivers are insane. Speed limits are apparently mere suggestions that hold no legal power over SLC drivers, and blind spots are for other drivers to worry about. Just in the half hour drive in SLC, we saw an eight car pile up on the highway, a three car accident, and another accident where a driver skid into the concrete median. Tellingly, every other billboard in the area is for personal injury attorneys.

Getting off the interstate, we made our way towards Antelope island. This was a much further drive than we anticipated. We got to the island (which is situated in the Great Salt Lake) around 6 PM, and I decided we weren’t leaving till I took a dip in the lake. This kind of spontaneity, while fun at the time,would cost us dearly later that evening. On the island, there are a few signs for beach access, but they were ambiguous and not super clear. We could see the beach from every point we stopped, but the vegetation between us and the beach was literally filled with thousands of spiders about the size of a cookie spider. Emily is a wuss when it comes to spiders (ok, I am too.) We could have made it down to the beach, in a couple spots, but it wasn’t clear if we were allowed to go through certain areas. I was in no hurry to trespass and get compared to those Yellowstone Park idiots.  After another two and half hours of driving around the island, we finally found the beach. I was excited. 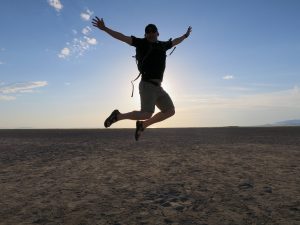 Problem was, some kind of hatch was on and a thick cloud of  nasty little bugs seperated us from our goal. We eventually braved the bugs (after several false starts) and dipped our toes in the Great Salt Lake. Turns out, any little cut you have on your feet is going to sting like crazy once the water touches it.

We ended up leaving the lake around 9PM, and the campsite was an hour away. We had to go through the interstate in SLC again. Surprise surprise, we saw another car wreck. At this point, I was exhausted, dehydrated and ready to set up to camp and get to sleep. Upon arriving at the campsite, we discovered a large “CLOSED” sign, a locked gate, and a faded sign that read “CAMPSITE HOURS 6AM-10PM.” We arrived at 10:15 PM. Expletives were uttered. After some discourse regarding the value of a good night’s sleep and staying within our budget, we decided a cheap motel would be the best option. The closest one was 45 mins away. Back into the car we went, nervous for another round of Utah Driver Roulette.

Arriving at the dingy hotel had us breathe a sigh of relief, and simultaneously put our guards up. The small, poorly lit lobby had two prostitutes working. One was arranging a room with her male suitor. The other had a companion I can only assume was her pimp- a muscular gentleman with face tattoos and a wife beater who spent his time in the lobby mean mugging me. I would later see him riding around the parking lot on an undersized BMX bike with a duffel bag slung over his shoulder. Getting up to the room itself was exactly what we expected given the price we paid. The sheets were dirty and the towels were stained, but the AC worked, and the door locked, and that was enough.

Our first day had some great highs, and some low lows. It’s still sinking in that we’re actually doing this, and I’m sure it won’t quite hit me yet for another few days. Day 1 taught us that time management is going to be a big part of us getting the most from this trip, and that my spontaneity can be costly, but hopefully I’ve learned my lesson.